skip to main | skip to sidebar

What do neo-nazis put on their luftwaffles? Golden Dawn!


So some people over the past little while have been asking me who Golden Dawn are, and what does fascism have to do with Canadian butter products (see last post)?

As far as the butter goes, nothing at all. I was just making fun of their name. I do that sometimes.

Golden Dawn is an extreme right-wing party operating out of Greece. 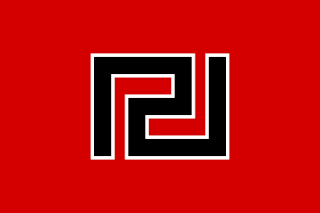 Their flag (known as the Meandros Flag) is coloured and based on the National Socialist flag in both colour and design.

Golden Dawn was formed in 1985 by a man named Nikolaos Michaloliakos (dishonourably discharged from the Greek reserves) and some of his friends/supporters after he broke away from the National Political Union (aka the EPEN, another far right Greek political party). Golden Dawn was officially recognized as a political party in 1993.

Golden Dawn has street gangs that have been known for their bloody attacks on immigrants in Greece. Golden Dawn carry out immigration checks, stopping people and making sure they are Greek Nationals.

What has this got to do with Canada you ask? Well to be honest almost nothing... Except that Golden Dawn operates here too. 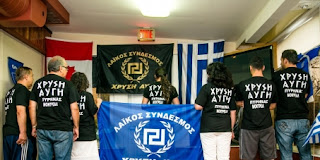 The Americans just had a public meeting about them. 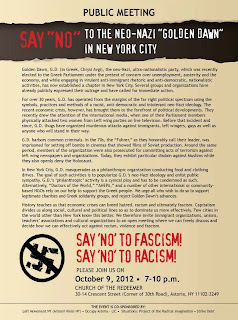 Toronto S.H.A.R.P. (Skinheads Against Racial Prejudice). A growing crew of like minded traditional and anti-racist skinheads (coming from both the left and right wing side of the political fence) who are tired of Neo-Nazi boneheads ruining a good scene.
Pride with out prejudice. What skinhead was meant to be. Remember - A scene is only as good as the people in it.

A few good books to check out